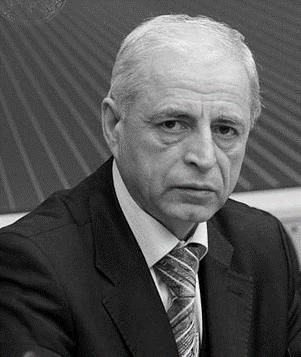 On December 3, 2021, the Belarusian IFToMM community suffered the irreplaceable loss of a prominent scientist Vladimir Algin, Chair of the Belarusian National IFToMM Committee, who passed away by a tragic accident. The whole life of Vladimir Borisovich was connected with mechanism and machine science…

After graduating from the Belarusian Polytechnic Institute in 1971 with a degree in Automobiles and Tractors and postgraduate study, he successfully passed the way from junior scientific researcher to deputy director in science of the Joint Institute of Mechanical Engineering of the NAS of Belarus.

The sphere of his scientific interests were the theory and design of vehicles, lifetime mechanics of machines, the innovative conception of digital twins of technically complicated items and the development of information models of power transmissions in the light of “Industry 4.0”.

The principles of construction and calculation techniques for the transmission systems of mobile machines created by him are widely used at Belarusian machine-building plants.

Prof. Vladimir Algin was a Chair of Belarusian National IFToMM Committee, member of IFToMM TC “Multibody Dynamics”, Chair of Belarusian TC for standardization “Reliability in Engineering”. He was a member of editorial boards of scientific journals, edited in China, Georgia, Russia, Belarus and others, namely “Chinese Journal of Mechanical Engineering”, “Problems of Mechanics”, “Automotive Industry”, “Mechanics of Machines, Mechanisms and Materials”, “Actual Problems of Machine Science” and others.

He has published more than 350 scientific works, including 11 monographs, more than 60 inventor's certificates and patents. Under his scientific supervision, six PhDs (Eng.) and one Doctor of Sciences (Eng.) have been trained.