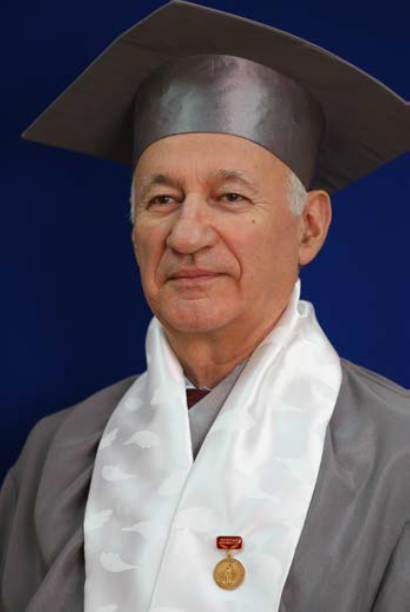 With a heavy heart, we inform you that on November 12th, 2019, at the age of 78, Veniamin I. Goldfarb passed away.
Prof. V.I. Goldfarb was a Doctor of Technical Sciences, Professor, Honored Scientist of the Russian Federation, Director of the Institute of Mechanics of Kalashnikov Izhevsk State Technical University, member of the International Federation for the International Federation for the Promotion of Mechanism and Machine Science (IFToMM), Chairman of the Technical Committee for Gears (IFToMM Gearing TC) from 1998 to 2005, member of the Executive Council (IFToMM EC) from 2007 to 2011, Vice President of the Federation from 2011 to 2015, member of the International Organization for Standardization (ISO ), Honorary Member of the Slovak Union of Mechanical Engineers and the Bulgarian Union of Mechanical Engineers, New York Academy of Sciences, Academician of the International Informatization Academy and the Russian Academy of Natural Sciences.
Prof. V. I. Goldfarb was the author of more than 400 scientific publications, including 7 monographs in the field of research, development and implementation of gear transmissions. For more than a quarter of a century, he led a scientific school – the creative community of talented and successful, young scientists, where 16 doctoral and 38 PhD dissertations were completed, more than 20 patents of the USSR and Russian Federation were obtained.
Prof. V. I. Goldfarb – Laureate of the State Prize in the field of science and technology, Honorary Worker of Higher Professional Education of the Russian Federation, Honorary Professor of ISTU. He was awarded the Medal of Academician V.I. Vernadsky 2nd degree, Medal of Academician S.P. Kapitsa “To the author of a scientific invention” by the St. George Cross of the Russian Academy of Natural Sciences for his merits in economics and science.
Prof. V.I. Goldfarb has been the recognized leader of the “gear community” of Russia, organizing a large number of national and international conferences on gears, representing Russian gear science at all major international forums. In the period 1991-2004, he initiated the publication of the IFToMM bilingual (English-Russian) journal “Gearing and Transmissions” and was heading its editorial board. He initiated the formation and was leading the scientific department of the Institute of Mechanics, specializing in the research and implementation of gears.
The main scientific developments of Prof. V.I. Goldfarb consisted of the classification and study of spatial gear schemes, rational structuring of the process of computer-aided design of worm gears, the development of a “non-differential” method for finding surfaces formed by enveloping, and the study of a variety of spiroid gears.
In the last two decades of his career, prof. V.I. Goldfarb devoted to the practical implementation and improvement of spiroid gears and gearboxes in pipeline valves. Under his leadership, it was possible to create a large number of competitive products and to establish their efficient production. As a scientist, Prof. Goldfarb has always been distinguished by the depth of knowledge, clarity of presentation, logical sequence, impeccability and precision of conclusions.
Prof. Goldfarb was a brilliant teacher. His lectures were unique in content and form. He generously shared his knowledge with students. He was a supervisor of 10 PhD students and a consultant to 6 Doctors of Science. A large number of gear scientists from other scientific schools got the support of Prof. Goldfarb.
Of course, this obituary cannot convey all the sorrow that we, the students and colleagues of Prof. Goldfarb, are feeling these days. He was a kind and demanding teacher, a friend who was always ready to help, an interesting interlocutor and a person of many talents.
We grieve with the family of Prof. V.I. Goldfarb.
Deputy Director of the Institute of Mechanics of Kalashnikov ISTU, Deputy Director of Mechanic, LLC.
Doctor of Technical Science, Professor
Evgeny S. Trubachev
Senior researcher of the Institute of Mechanics of Kalashnikov ISTU,
Associate professor of English Department of Kalashnikov ISTU.
PhD in Engineering
Natalya A. Barmina