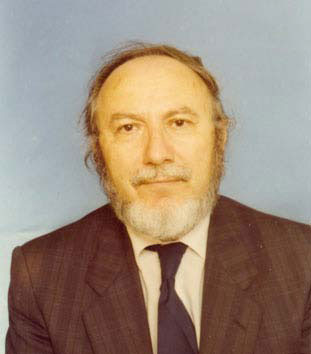 The following obituary was kindly submitted by Aleksandar Dj Veg.

The retrospect of his life brings us into a pictorial Vojvodina flatland village Botos, near Zrenjanin, where he was born on December 26th, 1931 to a family of Krsta and Roksanda Vukobratovic. His step into Technical Sciences commenced at Mechanical Engineering Faculty University of Belgrade where Prof. Vukobratovic graduated at Aeronautical department in 1957. Later on he completed his first PhD thesis at the same faculty in 1964, and second one (by invitation) at Central Mechanical Engineering Institute AN SSSR, Moscow. Plenty of talent for engineering and science Prof. Vukobratovic proved starting an outstanding career in January 1958 as a stress and flutter analyst at the Aeronautical Institute in Belgrade. Few years later he was irresistibly attracted by the charm of robotics and redirected his career towards modern and ascending robotic researches. Therefore he took a new position of a Head of Robotics Laboratory at Mihajlo Pupin Institute in 1965. That was a place where Prof. Vukobratovic conducted his most fruitful scientific and engineering work which resulted with numerous designs, patents, theories and methods, scripts and textbooks. Some prominent achievements of Prof. Vukobratovic are related to: introducing the ZMP (zero moment point) concept, crucial for modeling and control of biped locomotion robots, semi-inverse method for dynamically balanced gait synthesis, the first artificial exoskeleton for restoring basic locomotive activity of handicapped – paralyzed persons and active hand orthosis, both designed and manufactured at the Mihajlo Pupin Institute, as well other contributions to fundamentals of robotics established either in collaboration with close associates or other famous names of robotics. Professor Vucobratovic was the most welcome person wherever names robotics in the world. For that eminence he was promoted into scientific advisor at the Faculty of Electrical Engineering, University of Belgrade in 1977, then professor at the Faculty of Mechanical Engineering, at the same University in 1981, some years later became a member of the Serbian Academy of Sciences and Arts, foreign member of the Soviet (now Russian) Academy of Sciences, member of International Academy of Engineering, foreign member of Japanese, Chinese, Hungarian and several other academies of sciences and engineering in the world. At about 160 scientific meetings in the USA, Japan, Russia, China and Europe he delivered invited lecture. Professor Vukobratović was author/co-author of about 250 papers in leading international journals, as well of about 400 papers in the proceedings of international conferences, symposia and congresses. He also published 15 basic monographs and several advanced textbooks in English, (Springer-Verlag, Elsevier and World Scientific Publishing) many of which are being translated into Russian, Japanese and Chinese. Among vast of domestic awards he received, the following two dominate: “Nikola Tesla” first order medal (1985) for scientific achievements and Saint Sava medal of the first order (1994), the highest rank award of Serbian orthodox church for achievements in supporting handicapped people. He also received “Joseph Engelberger” award (1996), honoris causa doctorate at the Moscow State University Lomonosov (1996) and University of Timisoara (1995) and Craiova (2001) Romania; as well honorary professor-adviser title at Harbin Institute of Technology, China (1992).
Name and masterpiece of Prof. Vukobratovic will last for the time of robotics.