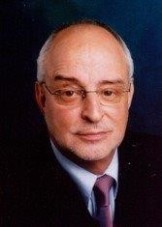 The following obituary was kindly submitted by Tobias Bruckmann.

Professor Dr.-Ing. habil. Dr. h.c. mult. Manfred Hiller was a pioneer in combining the subjects of mechanics and electronics. On Mai 2, 2019, one of the founding fathers of mechatronics in Germany passed away at the age of 79.

Born in Stuttgart on September 9, 1939, he studied Aerospace Engineering at the University of Stuttgart and continued for there for PhD and habilitation studies. 1985 to 1987, he held a chair in mechanics at the University of Stuttgart. In 1987, he followed Prof. Martin Frik to Duisburg to take over a professorship for machine dynamics. Based on his visionary ideas on mechatronic systems, in 1991, he took over the first German chair for mechatronics in Duisburg and headed the affiliated institute for mechatronics IMECH GmbH in Moers, which was a pioneering initiative to transfer mechatronic and model-based development methods to industry.

1986 to 2004, Manfred Hiller had been a permanent Guest Professor at the ETH Zurich in Switzerland. In 1991, he held the Chair Francqui Internationale of the University of Liege (Belgium). Having colleagues and friends in many countries, he also had visiting stays at Shanghai and Hefei (China), Tucson, Arizona (USA) and Kobe (Japan).

His research fields were kinematics and dynamics of complex multi-body and mechatronic systems, vehicle dynamics, robotics, and walking machines. From 1996 to 2001 he was speaker of the prestigious Collaborative Research Centre (SFB) 291 “Elastische Handhabungssysteme für schwere Lasten in komplexen Operationsbereichen”, funded by the German Research Foundation (DFG).

In 2004, Prof. Hiller retired, but he remained an active researcher continuing his engagement as mentor to PhD students, author of recognized articles and books and member of several IFToMM conference committees, enriching the world of IFToMM with his experience and commitment.

Manfred Hiller was member of the EC of IFToMM, Chairman of the TC Mechatronics and Robotics and received the Living Honorary Member award of ITFoMM. He did not only contribute his research results to a vast number of conferences, workshops and summer schools, but also enriched the IFToMM community by his friendly and cordial personality. Especially, he aimed at involving young researchers in IFToMM and many colleagues shaping IFToMM today are grateful for this continuous engagement.

The IFToMM family will miss him.