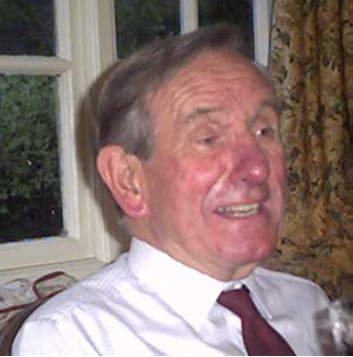 The following obituary was kindly submitted by Marco Ceccarelli.

Leonard Maunder, one of the founding fathers and past President of IFToMM died on Saturday 20 April 2019 at his home at Sutherland Court in UK.
Leonard Maunder was born in Swansea on May 10th, 1927. He graduated in Mechanical Engineering at Swansea University College in 1947 and obtained the PhD degree at University of Edinburgh in 1950. He then moved to USA at Massachusetts Institute of Technology where in being instructor and assistant professor he got the title of Doctor of Science in 1954. After spending the following two years at the Aeronautical Research Lab at Wright Air Development Center with the US Air Force, Leonard moved back to the UK to take up a position as Lecturer at the University of Edinburgh in 1956. In 1961 he became Professor of Applied Mechanics and then in 1967 Professor of Mechanical Engineering at University Newcastle Upon Tyne in England where he remained until the retirement in 1993. He held several leadership positions in academic institutions, research centers, and governmental bodies receiving several honors, including: Chairman Government Teaching Company Scheme in 1981-1985, Member Cabinet Office Advisory Council on Science and Technology in 1987-1993, Member National Research and Development Council and British Technology Group in 1976-1992, Fellow Royal Academy Engineering and chairman engineering education program executive board in 1997-2003, vice president 1976-1981 of Institution Mechanical Engineers, 1980 president engineering of British Association for Advancement of Science, and foreign member Polish Society Applied Mechanics.
Leonard was President of IFToMM, the International Federation for Theory of Machines and Mechanisms in 1976-1979, after being involved in previous years in its foundation and the Executive Council.
His scientific interests ranged in many fields of theoretical and applied mechanics such as from aeronautic systems to rotordynamics, from the dynamic analysis of mechanical systems to the design of robotic systems with a significant production of numerous articles and papers in professional journals that are still of reference. Still today are relevant his books ‘Gyrodynamics’ in 1961 (co-authored with R. N. Arnold) and ‘Machines in Motion’ in 1986 dealing with gyroscopes in very technical details and machines in natures and invented by mankind, respectively. The book ‘Machines in Motion’, is based on a series of lectures given at the Royal Institution and broadcast by the BBC in 1983.
Prof. Leonard Maunder was an outstanding personality, who devoted his well-lived life to MMS activities, the love of the family and any person in contact with him, as strongly supported by the beloved wife Moira. I guess he could do what great he did for the fantastic family he had behind him. I was lucky to have met him at the beginning of my experience in IFToMM and he always was kind and generous in suggestions and supporting comments.
Here are words from his daughter Joanna and son David “Dad’s connection with IFToMM was an important and enjoyable part of his professional life, and we have fond memories of when the congress was held in Newcastle. We remember Mum and Dad going to evening events, and we thought it all very exciting! Thank you for continuing the contact over recent years with IFToMM news, Dad always appreciated being kept up to date with its work.”
His death leaves a painful gap in colleagues, students, companions and friends, not only in IFToMM.
Prof Marco Ceccarelli, IFToMM President