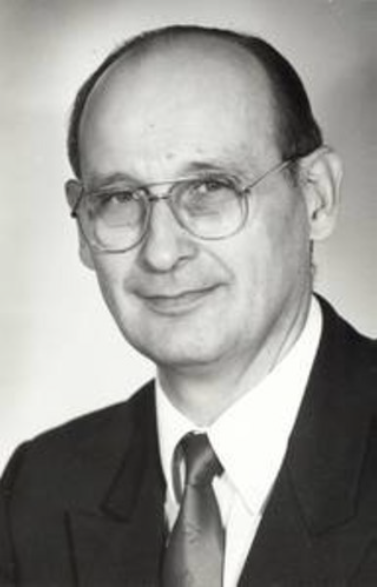 The following obituary was kindly submitted by Burkhard Corves.

Prof. Kurt Luck passed away on July 3rd 2017 in Dresden. The IFToMM community is mourning a very active and honorable IFToMM scientist.
Prof. Dr.-Ing. habil. Dr.-Ing. h. c. Kurt Luck was a recognized university lecturer and personality at Technische Universität Dresden (Dresden University of Technology). With his lectures “Technische Darstellung” and “Getriebetechnik” he has shaped generations. His impressive scientific achievements were reflected by his memberships in numerous national and international scientific organizations.
Kurt Luck was born on 21 March 1931 in Steinbach-Hallenberg, Thuringia, Germany. There he studied primary school and middle school. He passed his final examinations at the Gymnasium in Schmalkalden and afterwards finished an apprenticeship as a fitter and locksmith with VEB Universalwerk Schmalkalden and thus gained his first practical experience. Afterwards he got a recommendation to study at TU Dresden, where he studied mechanical engineering with specialization in precision engineering. In the time of his studies, he had the opportunity to attend lectures by famous professors such as Willers (Mathematics), Recknagel (Physics), Neuber (Technical Mechanics) and Lichtenheld (Mechanism Theory). In 1954 he graduated as Dipl.-Ing. and subsequently became a scientific assistant with Prof. Dr. Willibald Lichtenheldt at the chair of mechanism theory of TU Dresden where he received a teaching assignment in 1959.
After graduating as a PhD in 1960 he worked as a laboratory manager and later as a scientific director of RD&E of VEB PENTACON, Dresden. His scientific field included special mechanisms for film transport, single lens reflex cameras, film cameras and projectors.
After Prof. Lichtenheldt retired in 1967, Prof. Luck followed the call and became his successor. In the field of mechanism theory, Prof. Luck was an internationally highly recognized expert, with special emphasis in the field of linkages. His special attention was on the training of young people. Particularly noteworthy is the large number of students who attended his lectures. The scientific activity of Prof. Luck expands in the field of the synthesis of planar and spatial mechanisms. He also extended the Burmester theory about the graphical synthesis of the mechanisms
In 1979, he became co-author of the fifth edition of the textbook “Konstruktionslehre der Getriebe” (Gearbox design theory) by Prof. Lichtenheldt thus reflecting his long-standing professional experience. Prof. Kurt Luck has authored more than 120 scientific publications
Already in 1975, Prof. Luck became a member of the IFToMM Executive Council, where he served until 1983. Afterwards he served as a member of the IFToMM General Assembly Constitution Commission and became its chairman in 1988 until 1995. From 1990 until 1997 he also served as chair if the IFToMM Technical Committee “Linkages and Cams”, where he already served as member since 1985. In 2002 he became Honorary Member of this TC. Of course Prof. Luck was a very active participant of IFToMM conferences, especially IFToMM World Congresses
After the fall of the Wall, Prof. Luck had the opportunity to attend ASME mechanism conferences in the United States (Chicago, Phoenix, Minneapolis). In the period 1995-1997 he was a guest professor at the University of Stuttgart and from 2002 to 2007 he was a guest professor at Vellore Institute of Technology in India.
Prof. Luck also hat strong academic ties with Romania, where he frequently participated in the SYROM conferences organized by ARoMM in Bucharest from 1973-1997. Between 1997-2001 he served a member of the international organization committee. Already in 1965 he visited the chair of mechanism science of the Polytechnic University of Bucharest and established a long-term collaboration with Prof. Nicolae Manolescu, who was one of the early IFToMMists. The friendship between Prof. Luck and Prof. Manolescu has expanded as a partnership between TU Dresden and the Polytechnic Universities of Bucharest and Timisoara. In Acknowledgement of his academic achievements Prof. Luck in 2005 received honoris causa doctorate from the Polytechnic University of Bucharest.
Prof. Dr.-Ing. habil. Erwin Lovasz Prof. Dr.-Ing. Dr. h. c. Burkhard Corves