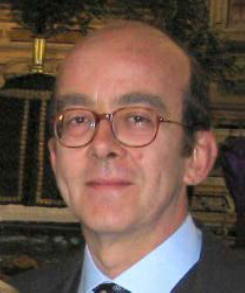 One of the most active and prominent members of IFToMM, as well as Chair of IFToMM Italy, died on March 10th, 2017 in Naples, Italy.
Cesare Rossi was born in Naples on July 26th, 1955. He graduated in Mechanical Engineering in 1979 and remained in the University of Naples “Federico II”, as a research assistant, from 1979 to 1981. From 1981 to 1983 he worked as mechanical designer and technical director in private companies of the aerospace sector. In 1983 he returned to University of Naples “Federico II”, where he served as a Researcher in the scientific sector of Mechanics Applied to Machines until 1992. In 1992 he was appointed Associate Professor and in 2000 he became Full Professor of Mechanics Applied to Machines at University of Naples “Federico II”.
His scientific interests were manifold: from tribology to rotordynamics, from the dynamic analysis of mechanical systems to the functional design of robotic manipulators. Among all, his favorite research topics was the study and functional reconstruction of machines and mechanisms of historical interest: the fruit of his research activity in this field, to which he devoted many years of his life, are contained in the book “Ancient Engineers’ Inventions” (2009) in the Springer bookseries on History of MMS.
Cesare Rossi was very active at any level. At his University of Naples “Federico II” he was a committed and popular professor, holding his lectures with great commitment toward the students, and was involved in several committees. At the national level he had been serving for many years as a member of the Executive Council of the “GMA”, the council of the Italian professors and researchers of Mechanics Applied to Machines. Since 2014 he was the Chair of IFToMM Italy, the Italian section of IFToMM. under his leadership the activity of IFToMM Italy has been reinvigorated with a clear society structure and through several initiatives, among which the start of the biennial MO conference IFIT. At the international level, he was a very active in several communities and prominent member of IFToMM, promoting many activities and events, within the Technical Committee on Robotics and Mechatronics and especially in the Permanent Commission for the History of Mechanism and Machine Science.
Besides engineering matters, he had a natural curiosity towards many different topics, from philosophy to religion, from geopolitics to history. His deep culture, intelligence, elegance, humanity and richness of interests profoundly struck any person who had the good luck to meet him and talk with him.
His death leaves a painful gap in colleagues, students, companions and friends.
Prof Alessandro Gasparetto, Vice-Chair of IFToMM Italy
Prof Marco Ceccarelli, IFToMM President