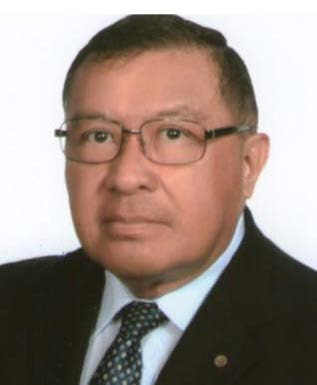 We were shocked by the sudden death of Carlos, a great IFToMMist since the early days of IFToMM, happened on Sunday 20 December 2020 in hospital in Queretaro, Mexico. Prof Carlos López-Cajún has been a great IFToMMist as a distinguished MMS scientist figure with a gentleman dynamic attitude in his ideas and proposals. He has been a very prolific MMS scientist with a great reputation worldwide not only within the IFTOMM community. He was born on January 18, 1948 in Campeche, a friendly and quiet well-known historical city on the Gulf of Mexico. Carlos was as a relaxed and friendly person, always willing to help. He moved slowly, avoiding been importunate or stubborn making everybody feel comfortable. Still, he has a remarkable ability to connect people and to make things happen. Prof. López-Cajún got his Bachelor and Master degrees on Mechanical Engineering from Universidad Nacional Autónoma de México (UNAM) in Mexico City and his PhD from Case Western Reserve University, USA in 1982.

He worked for some years in Industry and then he moved to Universidad Autónoma de Querétaro, campus San Juan del Río, where he got the position of Full Professor in Mechanical Engineering in 1996. He has been Visiting Researcher at McGill University, Quebec, CA, and at University of Notre Dame, USA, while being Professor at the Faculty of Engineering of UNAM. He was a member of the Academy of Engineering, Mexico, Member of ASME, strong promoter of IFToMM Mexico, and a Founder Member of the Mexican Society of Mechanical Engineering (SOMIM). He has been awarded with several honors by local, national and international institutions, among which it may be heighted the Mexican National Researcher award. He served IFToMM as Member of the PC on HMM, Member of the Executive Council and also as Secretary General in 2008-2011. Moreover, he proposed and contributed to the organization of the 13th IFToMM World Congress held at Guanajuato, México in 2011 and he also was Chair of the HMM2016 Symposium on History of Mechanism and Machines held at Querétaro, México in 2016. Since the beginning of his career he gave courses on Mechanics of Transmissions and Mechanism Design, and
many other courses with special attention to Mechanism Science, along his career all around the world. All of his students remember him as a great teacher. He has been member of several scientific committees for international conferences and journals as result of his reputation of an intense scientific activity that is documents by papers, books (for teaching and with research results), and patents. Significant are the book on Cam Transmissions co-authored with prof Jorge Angeles and the book on Mechanism Design (in Spanish) coauthored with prof Marco Ceccarelli. He has contributed to many projects in different topics, beside Mechanism Design, like in Biomedical devices, Space systems, and History of Engineering and Machines with achievements in highly disseminated publications. Prof Carlos López-Cajún has been a prestigious figure, who has been admired worldwide also for his unique attitude to combine friendships and scientific activity in working the true spirit of IFToMM for collaboration, sharing, and improving the technology for the benefit of the society in the welfare of human beings. He is survived by his wife Maia Agueda and nephews Lorena and Veronica. We all shall miss his gentleman presence but never lasting memory of him.