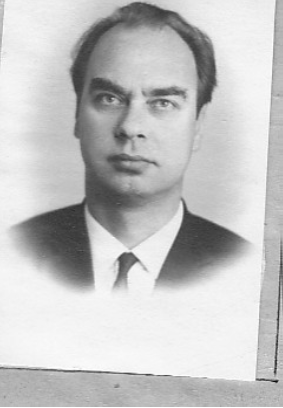 The following obituary was kindly submitted by Victor Glazunov.

It is our sad duty to inform you that Russian and World science has suffered heavy loss. Distinguished scientist, leading expert in the theory of machines and mechanisms, doctor of Technical Sciences, professor Arkady Petrovich Bessonov passed away in July 2017 at the age of 92.
Arkady Petrovich Bessonov graduated from Moscow Aviation Institute in 1948. Since 1953 he worked in the Institute of Engineering Science of the Russian Academy of Sciences and in 1968 he became professor of Moscow Aviation Institute. He was Chairman of the Executive Committee for the International Federation of the Theory of Machines and Mechanisms in USSR (since 1970) and Federation’s member of the International Executive Council (since 1972). His main research lies in the field of theory of machines and mechanisms. He worked on the dynamics of machine aggregates, dynamics of vibration mechanisms, dynamics of mechanisms with a variable mass of links and the theory of walking machines. Using the principle of solidification of systems, he obtained new methods for studying the motion of mechanisms with one and several degrees of freedom.
A.P. Bessonov published over 200 scientific papers, mentored 30 candidates and 6 doctors of sciences, including scientists from Armenia, Azerbaijan, Georgia, Lithuania, Ukraine, Kazakhstan and Uzbekistan.
In 1991, Bessonov was elected a full member (academician) of the K.E. Tsiolkovsky Academy of Cosmonautics.
Arkady Petrovich was the best student of academician I.I. Artobolevsky, he pursued the work of his teacher after his death. He headed the Russian National Committee on the Theory of Machines and Mechanisms for a long time, subsequently transmitting the position to another student of academic Artobolevsky – professor N.V. Umnov. For a long time Arkady Petrovich served as Deputy
Chairman of the Dissertation Council on the theory of machines and mechanisms, and supervised the work of the seminar in this field. Hundreds of scientists had the good fortune to communicate with him, receiving invaluable recommendations on the development of the science of machines.
Arkady Petrovich always was and ever will be among the most distinguished global scientists. From the very first days of International Federation for the Theory of Machines and Mechanisms, he heavily invested in assisting representatives of different countries with their research of complex issues of dynamics, synthesis, management. Due to his tremendous contributions, he was awarded the medal, and lots of international scientists repeatedly expressed their gratitude and respect for his work.
May his blessed memory of a wonderful person and distinguished scientist with bright versatile talent live forever in our hearts.
Vice-chair of MO IFToMM Russia
Prof. Victor Glazunov