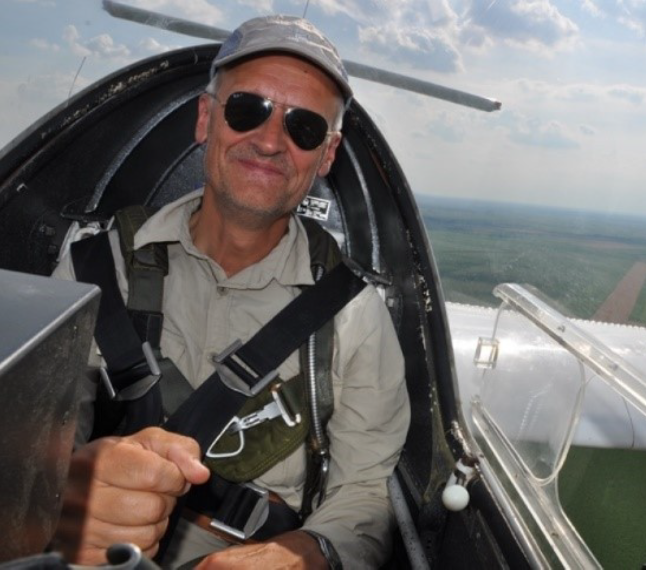 We thank the colleagues for sharing these precious memories and historic insights for the whole IFToMM community.”

Our dear colleague and friend, Prof. Dr. Aleksandar Veg (1959 – 2017) is no longer with us. His passion for flying gliders and ambition to always achieve the best took him too early from us. But as passionate as he was about gliding, he was in every field of his fruitful life and career.
He obtained all his scientific titles at Mechanical Engineering Faculty, Belgrade University where he continued his teaching career. He was highly respected by his fellow Faculty colleagues and even more by his students whom he supported relentlessly in their studies but also in extra-curricular projects such as student formula racing team. His two sons are mechanical engineers, extraordinary successful students, both graduating at the top of their classes.
Aleksandar was one of the pioneers in Serbia’s mechanical engineering theory and practice, introducing Mechatronics during his doctoral studies. He had written dozens of scientific papers, textbooks, articles and publications including 1 chapter in IFToMM edition (Springer). He had over 400 designed machines, held 32 patents/developed products, participated in 3 international Tempus projects and numerous national projects. He also successfully managed design, development, research and manufacturing company RoTech for 35 years, specialized in vibration and balancing technology and expertise. Among others, he was founding member/representative of IFToMM Member Organization Serbia and Montenegro. Very soon he took the lead and assumed position of the Secretary to the organization. His energy boosted and inspired organization’s activities in-country and abroad, making it valuable contributor to the goals and mission of the whole IFToMM network.
Ljubomir Miladinovic and Nenad Zrnic

The aim of the joint conference is to bring together researchers, scientists, industry experts…