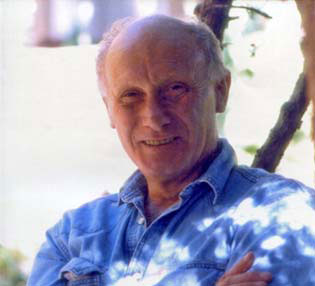 On Wednesday, December 4, 2013 our friend and colleague Alexander Golovin, professor of mechanical engineering at Bauman Moscow State Technical University within the Bauman School on TMM, passed away in his home in Moscow. Alexander was born on March 3, 1939. He graduated as a mechanical engineer at the Bauman School in 1962. He became assistant professor there in 1968 and associate professor in 1977. After having obtained his Ph. D in 1993 he became full professor. He had a great passion for mountain climbing as master of this sport since his youth and he climbed successfully several mountains. In 1988 he was, for example, a member of a group of five mountaineers that reached the top of Peak “7495”, the highest peak of the former Soviet Union and also the highest point of Tajikistan. Alexander published several books and many papers in scientific journals on design, kinematics, dynamics, and history of mechanisms. Several inventions and machine designs carry his name. Since the end of the 1990s Alexander enthusiastically participated in the activities of IFToMM (international Federation for the Promotion of Mechanism and Machine Science). He was particularly active in IFToMM Permanent Commission for History of MMS as a member from 1999 to 2007, when he left the seat to a younger colleague, but keeping interest and contacts with the commission. In 2005 he organized a very successful workshop on the History of Mechanism and Machine Science (HMMS) in Moscow and he contributed to all symposia on HMMS. With Valentin Tarabarin he published in 2007 a book in the Springer series on HMMS on the impressive collection of models of mechanisms that the Bauman School possesses. With his help we discovered several aspects of the rich Russian history on mechanical engineering, he transmitted us the enthusiasm on models of mechanisms and also in discovering hidden parts of history of mechanisms. He was one of the most active member of the Permanent Commission for History of MMS by participating directly and bringing his students and collaborators at all the initiatives of the commission: events, meetings, and editorial works. This was appreciated to him with a special Springer Award at the IFToMM World Congress 2011 in Guanajuato (Mexico). Alexander was an excellent engineer, but also a wonderful human being. He was very cooperative and he organized several visits of students and scholars between Russia and Western Europe. IFToMM needs people like Alexander Golovin. That is why the Executive Council of IFToMM had decided to give Alexander a Dedicated Service Award. Unfortunately he passed away before it could be presented to him.